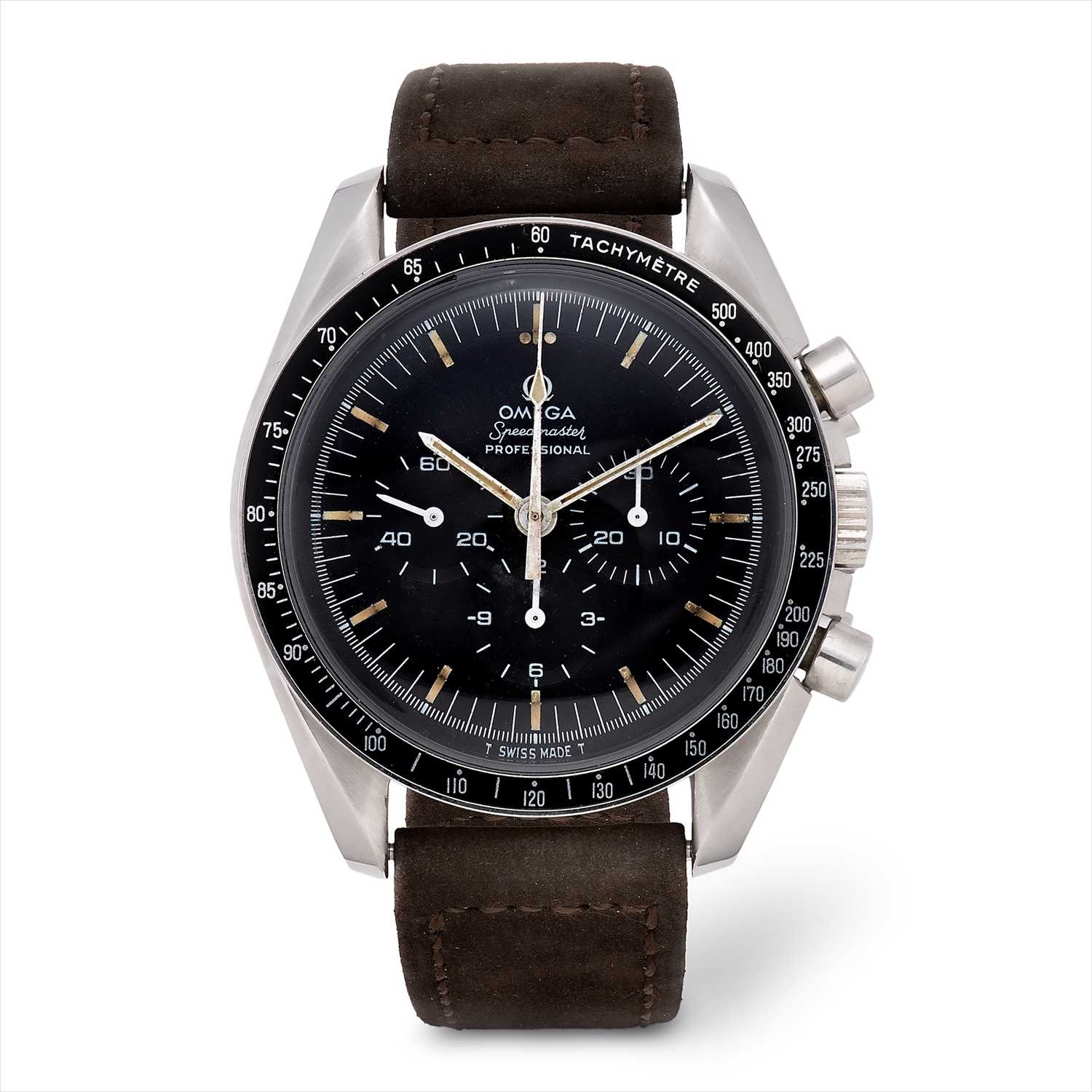 Because the 145.022 ran for so many years, there are many sub-references. The first, -68, can be considered a pre-moon watch because it was made in 1968 and though it contains an 861 calibre, it features an applied Omega logo on the dial. The case back is also identical to the 145.012, calibre 321 watch that predated it. Sub-reference -69, this lot, is the first to feature a painted logo on the dial while retaining the original case back on early examples. Later example of the 145.022-68 feature engraved, straight text "The First Watch Worn On The Moon."

View all lots in this sale