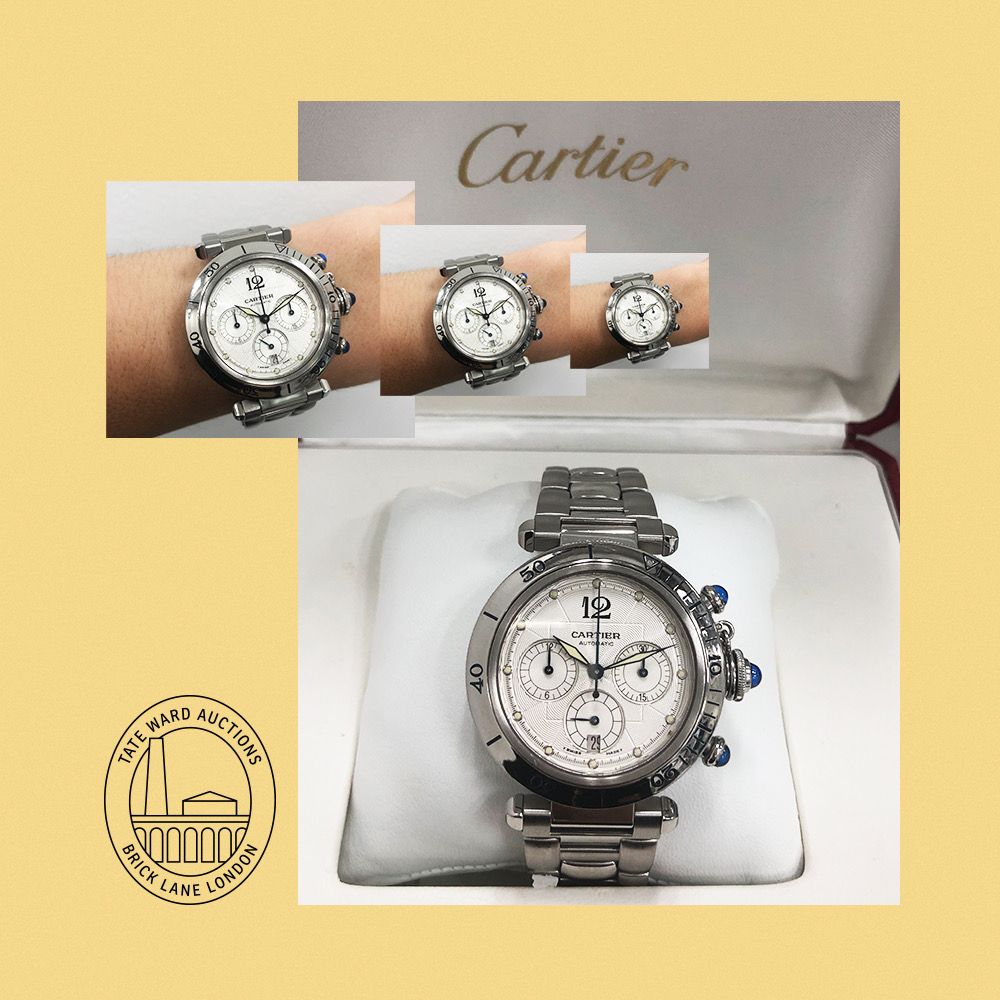 C is for Cartier.

The history of the watch trade is murky, with many houses claiming to be the pioneer of the wrist watch, but it is undeniable that Cartier’s first wrist watch brought the unusual design into the public eye. Even in the early 20th century Cartier knew the importance of celebrity endorsements, and Alberto Santos-Dumont’s commissioning of a watch to wear when flying one of his infamous dirigibles definitely cemented the wrist watch in the public consciousness. It is Cartier’s ability to take the context of the time and create something beautiful that has ensured its longevity and fame. The iconic ‘Tank’ watch, designed by Louis Cartier based on his experiences of Renault tanks on the Western Front in 1917, used the technical advances of war to create a luxury watch. The Tank has remained a staple of the celebrity wardrobe ever since, and has been worn by Jackie Kennedy, Princess Diana and Angelina Jolie. The brand Cartier is synonymous with luxury and elegance, their reputation in the jewellery world and their high profile clients, such as King Edward VII, who described Louis Cartier as ‘the jeweller of kings and the king of jewellers’, meant that they were able to convince a reluctant market to abandon pocket watches for wrist watches. Being ahead of the curve so early on helped Cartier to ensure that they remained ahead of changing fashion trends.

The illustrated Cartier Roadster is consigned for our December auction. Do you have a watch you no longer wear? Tate Ward are currently consigning for our December Jewellery & Watch auction! Get in touch for a free jewellery valuation or email our jewellery specliaist, Francesca, for more information.